Preparation time: approx. 45 minutes and leave to swell for 1 - 2 hours 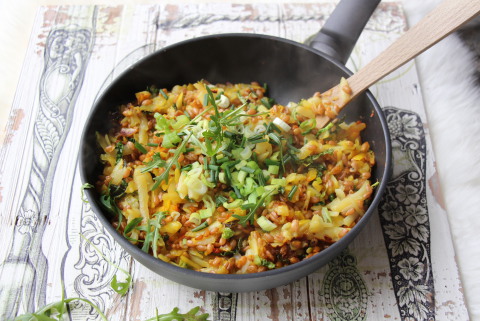 Heat the frying butter in a frying pan and gently brown the grated potatoes, leeks and safran. Add the PureSpelt kernels, briefly fry the mixture until the kernels are hot. Season according to taste. Serve the PureSpelt roesti on pre-warmed plates and decorate with the cheese shavings.

The dish can be ideally complemented with a salad or vegetables. Instead of PureSpelt kernels, use unripe PureSpelt.